The Rovee-Collier Mentor award is given to honor the memory of Carolyn Rovee-Collier, a dedicated mentor to generations of early career scientists and students in the field of Developmental Psychobiology. This award recognizes ISDP members who have made significant and sustained contributions to the mentorship of young scholars.

Nominations must be made by a Regular or Early-Career Member of the Society. The winner of this award will be announced at the annual meeting.

1. A letter documenting how the nominee’s mentoring has impacted student and early career members of ISDP;
2. At least one letter of support from a mentee (you can submit as many mentee letters of support as you wish)
3. The nominee’s current CV highlighting publications and presentations with mentees. (A list of publications/presentations with mentees is also acceptable.) 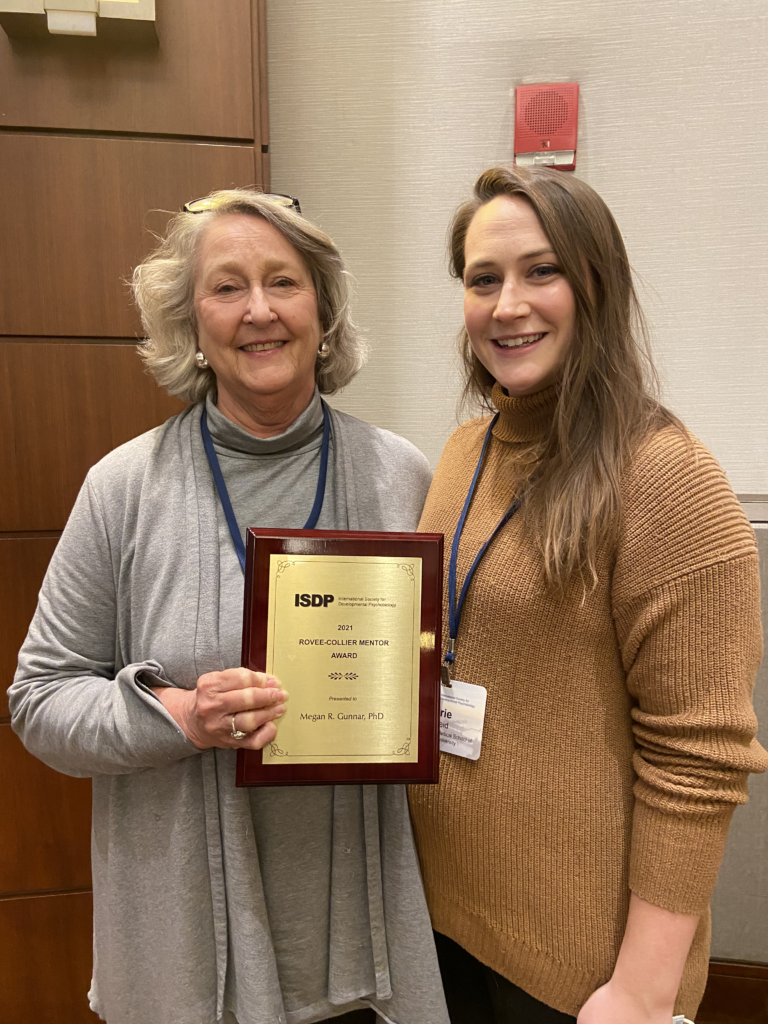